Acai fruits are juicy drupes of purple-black or dark green color up to 2.5 cm in diameter, collected in huge branched clusters of 500-900 pieces. In appearance, they resemble grapes or blueberries, differing from them in a much thinner layer of pulp and large seed enclosed in a hard shell. The taste of the berries resembles raspberries or blackberries with an original nutty flavor. 4-7 kg of fruits are picked up from one palm tree, during the season, from July to December, the tree has time to ripen 2 times a year. 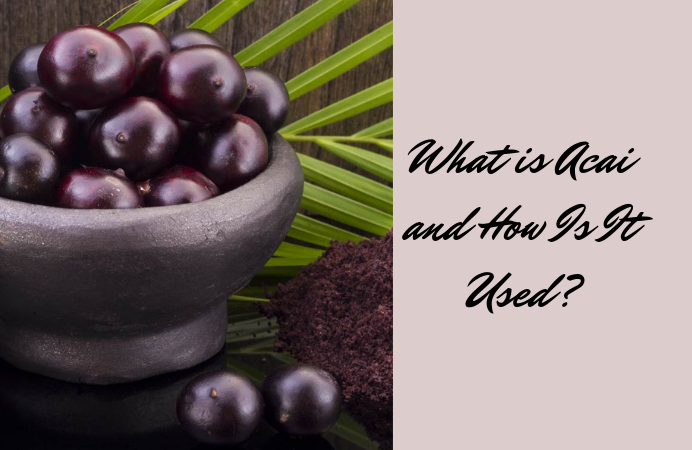 Where are Amazonian grapes used?

The tree is widely used by the indigenous people of the Amazon Basin. In some areas, for example, in the Brazilian province of Para, where there are especially many palms of this species, the processing of their fruits and wood is carried out on an industrial scale and forms the basis of the regional economy.

The food consumed fruits and a tasty core of the trees, which is considered a delicacy among the local people. In addition, young sheets and palm leaf buds are used in cooking, they are eaten raw and cooked. The cores of the trees are more often derived from E. Edulis.

Acai fruits with good taste and high nutritional value are appreciated not only at home but also in other countries. Because of the delicate texture and ease of damage, the crop is harvested only by hand. Berries are stored no more than 5 hours after harvest. Fresh berries are used exclusively in places of the natural growth of palm trees. Here they are added to ice cream and desserts, used to make various drinks. Thus, a cocktail of fruit mixture and milk in Brazil is called acai juice, this tonic and nutritious drink is very popular and is sold everywhere in the country. In other regions of the world, the product is shipped after processing.

At home, this type of palm has not only food use. Its thin and durable stems, which are not damaged by insects, are used to make rafters and beams, used for making hats from leaves, weave mats and baskets, and cover roofs. Fruit mass is used for livestock feed, added to soil mixtures for plants.

The fruit is made into oil, which, due to its regenerating, nourishing and moisturizing effect, is a valuable cosmetic product. Acai oil is obtained from the fruit by cold pressing, which allows you to save almost 100% of nutrients. Its constituent polyunsaturated fatty acids, natural antioxidants and vitamins provide a high antioxidant potential of the product. A distinctive feature of the oil is its thermal stability, so it has a long shelf life and can be added to other, less resistant cosmetic oils as a stabilizing antioxidant additive.